Ann is a native of California. She and her husband, Scott, have been married since 1981.

In early 1986, they moved to Tennessee for husband’s job with American Airlines. Ann attended Middle Tennessee State University and received her Bachelor’s of Business Administration, with a minor in Marketing. Her first job after graduating was with an Automotive Aftermarket Company, as a Product Manager. As she will laughingly tell you, “I didn’t know how to change the oil in my car, but I knew how to sell you the parts to do it!”

While in Tennessee, they celebrated the birth of their sons, Steven and Paul. In 1996, another job opportunity arose for her husband with American, and they moved to Texas. The family have been members of St. Michael since 1997, and been involved in several ministries since 2001.

After working for another automotive company from 1996-2002, Ann decided to exit the “corporate” world and entered the “volunteer” world. As her sons attended Trinity High School, she spent her time in different committee positions, with the Marching and Concert band, and as a member of the THS PTA and the HEBISD Council of PTA’s.

In 2009, Ann saw the announcement in the bulletin for a Communications Coordinator. She realized that this would be a position that would utilize all the skills she had developed over the years, in both her corporate career and volunteer work, and would be a way to benefit the church community.

As Communications Coordinator, Ann creates the weekly bulletin and pulpit announcements, the PowerPoint presentation that runs on the TV in the Narthex, and posts information on the bulletin boards inside the Activity Center and outside the Narthex. She updates Facebook with information from the bulletin, and sends out the weekly Snippets emails. She also assists other ministries in publicizing their events. 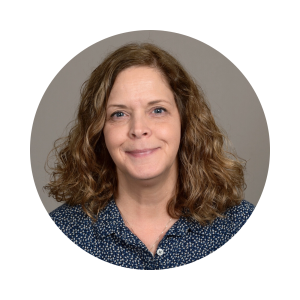