Dennis was raised in a loving, Christian family, on a farm in northeastern Oklahoma, not far from the Arkansas border. He attended college at Northeastern State University in Tahlequah, Okla., and has a Bachelor's degree in Computer and Information Science, with a minor in music.

While Dennis was still in college, he joined the Episcopal church (he was raised Baptist), because he was drawn to the liturgical form of worship. After college, he moved to Tulsa and did data entry and programming for a couple of companies. A friend of his told him of a Catholic church that was looking for a choir director, so he applied for the part-time job and was there for nearly 17 years. He also did substitute cantoring and cantoring for funerals at various parishes in Tulsa. He joined the Catholic Church in 1997.

Dennis moved to the DFW area in early 2003. He visited several churches in the area to see where he wanted to attend, but it only took one visit to St. Michael to know that this was where he belonged. He started cantoring soon after joining, and joined the choir after a couple of years.

Dennis worked for a printing company for a few years, working in several departments while there, but business was unpredictable, and it was not easy work.
Then one Sunday in 2007, he took home a church bulletin, as he almost always did. This particular day, however, he actually read it. Inside, Dennis found an article saying St. Michael was looking for a person to do data entry and provide computer support, and wanted someone with a degree in computer science. This job had Dennis’s name written all over it. He was in need of a better situation, and God handed it to him.

Dennis applied for and got the job. He still loves the work he does and everyone he works with. He loves cantoring and being a part of the best choir around; they are like family to each other.

The past few years, Dennis has been known to house-sit/pet-sit for staff members and a few parishioners. Late in 2014, he began serving as a member of the Board of Directors of N.E.E.D. 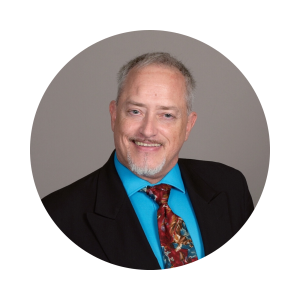