Many times we are quick to note the differences in our neighbors. New facility manager, Francis Grosskopf, doesn’t think that way. “The Church is the same, from Puerto Rico to China,” says Francis, who started at St. Michael in early December 2018. “There’s the same people and same personalities.” This is much like the similarities Francis sees between his life in San Juan, Puerto Rico, where he was born and raised and here in Bedford. “Before I came here from Puerto Rico in 2016, I was the right-hand man for my priest,” he says. “This is not my first adventure working in a church.” And just like here at St. Michael, his church role in Puerto Rico started with his involvement in music ministry, playing percussion. With a poor economy in Puerto Rico, Francis and his wife, Yolanda, moved from St. Francis of Xavier in San Juan to St. Michael after their adult daughter and her family moved to the area for her job. Their son, also named Francis, still lives in Puerto Rico.“Thanks be to God we were here before the hurricane hit,” says Francis, in reference to Hurricane Maria, which devastated the island in September of 2017. Francis believes his new role is a perfect fit. “This is something I’ve done a long time in Puerto Rico,” he says. “I know how to take care of a church. Francis was retired in Puerto Rico, but isn’t one to sit idle. “I’ve got a lot of energy, thanks be to God,” he says. “I might have age, but I’m not old.” Francis takes his work and faith life seriously. But, he also has a great sense of humor. If you see him working, chances are he is singing! “I’m always singing, no matter what I’m doing,” he says. “My head is full of melodies.” 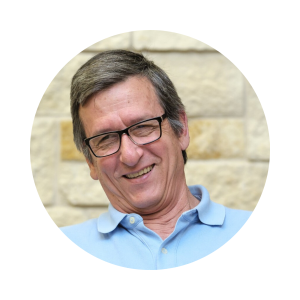