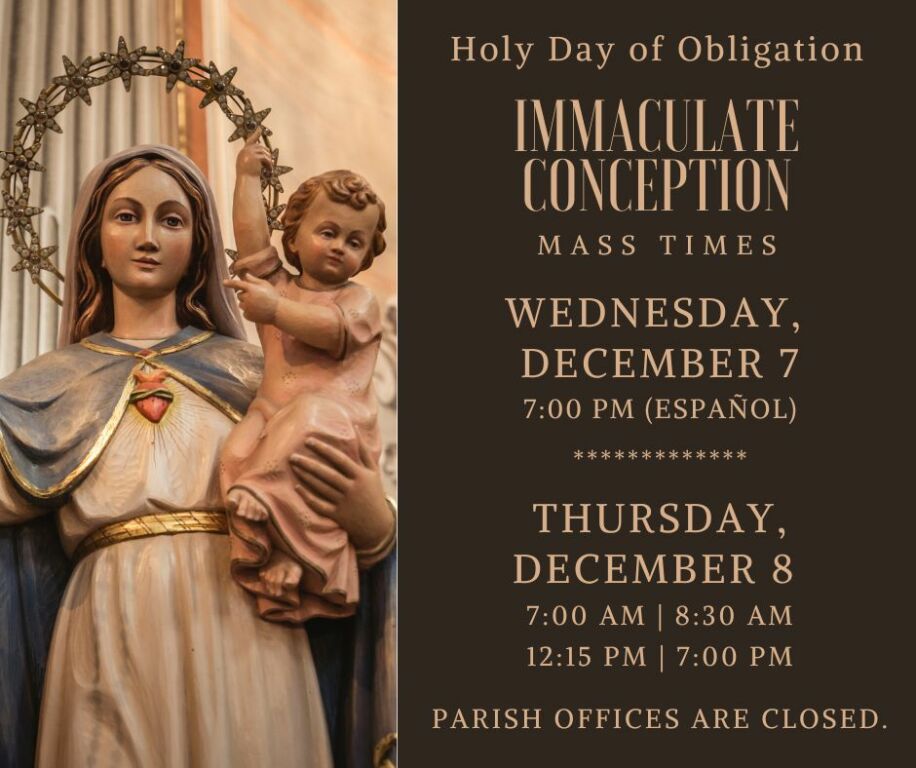 Contributing to the confusion is the celebration of the Immaculate Conception during the season of Advent. While the faithful are preparing to honor the birth of Jesus, we commemorate the conception of Mary. The choice of December 8 for the Immaculate Conception does not directly relate to Advent; it corresponds more to the traditional date for the feast of the birth of Mary, September 8, which coincides with the dedication of a Jerusalem church in honor of the mother of Mary. The feast for the conception of Mary is backed up from that day nine months. In a similar way we celebrate the Annunciation on March 25, nine months before the birth of Jesus.

Belief in the Immaculate Conception asserts that God preserved Mary from all sin from the moment of her conception, thus preparing a pure vessel for the incarnation of the Son. This belief is not expressly contained in the Scriptures, but it enjoys a widespread following in the church’s tradition. Although the Immaculate Conception of Mary has been affirmed since the earliest centuries of Christianity, it was not formally proclaimed a dogma of the church until 1854. December 8 is now a holy day of obligation in the United States, which is placed under Mary’s patronage with this title.