Sangote ‘Ulupano, who is a native of Tonga, an archipelago in the South Pacific, is a permanent deacon who serves at Mass and administers the sacraments of baptism and marriage to the parishioners of St. Michael. He completed his journey as Deacon Candidate and was ordained on Saturday, Sept. 26, 2009. That same weekend, he proclaimed the gospel with a beautiful, booming voice during Mass at St. Michael for the first time. That weekend was also St. Michael Feast Day Celebration, and the Tongan community, along with the whole parish, celebrated his ordination in the Great Hall with receptions in his honor after every Mass. Deacon Sangote also joins his voice with the Tongan choir when he has the opportunity.

Deacon Sangote advises would-be candidates to the diaconate to pray about the vocation. “During your discernment, pray and ask God for help,” he suggests. “Enter the program and learn about it.” Married to wife, Fuatapu, and the father of six children, Deacon ‘Ulupano says parishioners often approach him with family or marriage problems. “You represent Christ to people,” he adds, matter-of-factly. “You continue his work on earth.”

Although a permanent deacon commits to a lifelong ministry of worship, preaching, and service, he maintains his professional life and family obligations. According to the U.S. Conference of Catholic Bishops, currently there are 15,000 active deacons working across the country. Ninety-three percent are married, and most hold jobs outside of ministry. 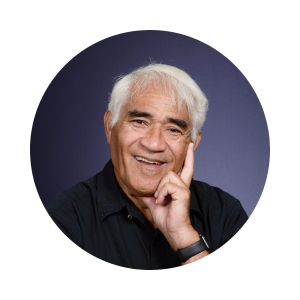